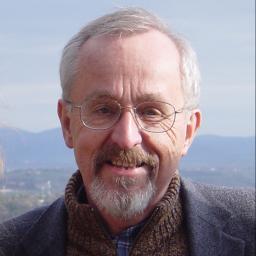 The majority of Prof. Richard Larson’s career has focused on operations research as applied to services industries. He is author, co-author or editor of six books and author of over 75 scientific articles, primarily in the fields of technology-enabled education, urban service systems (esp. emergency response systems), queueing, logistics and workforce planning. His first book, Urban Police Patrol Analysis (MIT Press, 1972) was awarded the Lanchester Prize of the Operations Research Society of America (ORSA). He is co-author, with Amedeo Odoni, of Urban Operations Research, Prentice Hall, 1981.

He served as president of ORSA, (1993-4), and is past-president of INFORMS, Institute for Operations Research and the Management Sciences. He has served as consultant to the World Bank, the United Nations, Johnson Controls, EDS, United Artists Cinemas, Union Carbide Corp., Rand Corp., the Kuwait Foundation for the Advancement of Science, Predictive Networks, WebCT, Hibernia College in Ireland, Hong Kong University, and the U.S. Department of Justice. With outside companies on which he serves as board member, most recently Structured Decisions Corporation, Prof. Larson has undertaken major projects with Citibank, American Airlines, Actmedia/Turner Broadcasting, the U.S. Postal Service, the City of New York, Jenny Craig, Conagra, Diebold, BOC and other firms and organizations. Prof. Larson’s research on queues has not only resulted in new computational techniques (e.g., the Queue Inference Engine and the Hypercube Queueing Model), but has also been covered extensively in national media (e.g., ABC TV’s 20/20). Prof. Larson has served as co-director of the MIT Operations Research Center (over 15 years in that post). Prof. Larson was first listed in Who’s Who in America in 1982. He is a member of the National Academy of Engineering and is an INFORMS Founding Fellow. He has been honored with the INFORMS President’s Award and the Kimball Medal.

From 1995 to mid 2003, Prof. Larson served as director of MIT’s CAES, Center for Advanced Educational Services. His position at CAES focused on bringing technology-enabled learning to students living on the traditional campus and to those living and working far from the university, perhaps on different continents. Between 1995-1999 he built the center from two to seven business units, encompassing MIT’s production and R&D capabilities in educational technologies and its two major lifelong learning academic programs. His center produced the world’s most ambitious point-to-point distance learning program, the Singapore MIT Alliance. He has been invited to give lectures on the future of technology-enabled education in testimony before the House Committee on Science (Washington, D.C.) and in North and South America, Asia, Africa and Europe. He has served as principal investigator of several of MIT’s most ambitious technology-enabled learning programs, including PIVoT — the web-based the Physics Interactive Video Tutor, Masters’ Voices (sponsored by the Ford Motor Company), MIT World, “Inventing the Global Classroom,” “Good Clinical Practices,” and “Fungal Infections” (the last two sponsored by the Pfizer Corporation). He is founding director of LINC, Learning International Networks Consortium, an MIT-based international project that has just held its third international symposium. Prof. Larson also served as founding co-director of the Forum the Internet and the University, a not-for-profit organization affiliated with the Forum for the Future of Higher Education.