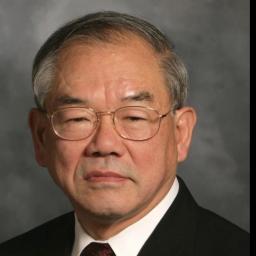 Professor Nam Pyo Suh is the Cross Professor Emeritus at MIT and was the 13th and 14th President of KAIST. He serves on advisory boards of universities and industrial firms.

Professor Suh has been at MIT for most of his career. In 2016, MIT established the Nam Pyo Suh Professorship in Mechanical Engineering with a significant gift of Mr. Hock Tan, an alumnus of MIT. Professor Suh was Head of Mechanical Engineering (1990-2000) as well as Founding Director of the Laboratory for Manufacturing and Productivity (1976-1984). He transformed the Department to be ready for the 21st century.

In 1984-1988, Dr. Suh was a Presidential Appointee in charge of engineering at the U.S. National Science Foundation (NSF). He was appointed to this position by President Ronald Reagan and confirmed by the U.S. Senate.

He received many awards, including the ASME Medal, the General Pierre Nicolau Award of CIRP, the Pony Chung Award, the Inchon Education Award, the Ho-Am Prize for Engineering, the Mensforth International Gold Medal of IEE (U.K.), the Hills Millennium Award from IED (U.K.), and the Distinguished Service Award with Gold Medal of NSF.

He authored more than 300 papers and eight books (Axiomatic Design Theory, Principles of Design, Tribology, Complexity Theory, Mechanical Behavior of Materials, and Polymer Processing, The On-Line Electric Vehicle, Large Systems). Most recently, he authored and edited Design Engineering and Science, a textbook. He holds more than 100 US and ROK patents. He invented the foam/straight plastic laminated products, microcellular plastics (MuCell), the On-Line Electric Vehicle (OLEV), and the Mobile Harbor (M.H.), Mixalloy, Electric connectors, and many others.

His original scholarly contributions include the delamination theory of wear, the solution wear theory, a theory on the genesis of friction, Axiomatic Design Theory, complexity theory, and microcellular plastics, and innovation theory.

In the field of tribology, he is the author of many papers, including "The Delamination Theory of Wear" (1973); "Coated Carbides – Past, Present, Future" (1996); Tool Wear by Solution: A Quantitative Understanding (with BM Kramer, 1980); "On the Genesis of Friction" (with Sin, 1980); and Tribophysics, Prentice-Hall (1986). He is the co-editor of Fundamentals of tribology, MIT Press (with N. Saka, 1980). His other publications include: "The Principles of Design," OUP (1990); "Axiomatic Design: Advances and Applications, OUP, 2001; "Complexity: Theory and Applications: OUP, 2005; "Axiomatic Design and Fabrication of Composite Structures," OUP, 2006; "On-Line Electric Vehicle" (with DH Cho), 2017; "Design Engineering and Science" (with several others), 2020. Overall, he has published well over 300 papers and holds more than 100 patents.

He is the principal inventor of the following: On-Line Electric Vehicle (OLEV), Mixalloy, Microcellular Plastics (commercial name: MuCell), Laminated foam-straight plastics, High-pressure foam molding process, and Mobile Harbor (M.H.). He is the founder of Trexel, Inc. OLEV, an electric vehicle that receives electrical power wirelessly, is running in four cities in Korea and has been installed in Dubai, UAE.

He was educated at MIT, CMU, and BB&N. USM Corporation, his employer, entirely financed his doctoral education, and his MIT education was partly supported by the Headmaster of Browne and Nichols School, Mr. Edwin H.B. Pratt.