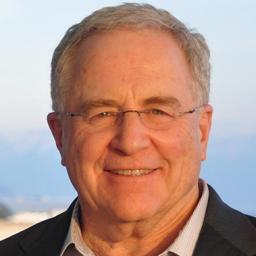 Moshe Ben-Akiva is the Edmund K. Turner Professor of Civil and Environmental Engineering at the Massachusetts Institute of Technology (MIT), and Director of the MIT Intelligent Transportation Systems (ITS) Lab, and Principal Investigator at the Singapore-MIT Alliance for Research and Technology. He holds a PhD degree in Transportation Systems from MIT and was awarded honorary degrees from the University of the Aegean, the Université Lumiére Lyon, the KTH Royal Institute of Technology, and the University of Antwerp. His awards include the Robert Herman Lifetime Achievement Award in Transportation Science from the Institute for Operations Research and the Management Sciences, the Lifetime Achievement Award of the International Association for Travel Behavior Research, the Jules Dupuit prize from the World Conference on Transport Research Society, and the Institute of Electrical and Electronics Engineers ITS Society Outstanding Application Award for DynaMIT, a system for dynamic network management. Ben-Akiva has co-authored two books, including the textbook Discrete Choice Analysis, published by MIT Press, and nearly 400 papers in refereed journals or refereed conferences. He has worked as a consultant in industries such as transportation, energy, telecommunications, financial services and marketing for a number of private and public organizations, including Hague Consulting Group, RAND Europe, and Cambridge Systematics, where he was previously a Senior Principal and member of the Board of Directors.  He also was an advisor to Memetrics and ChoiceStream, provided litigation support to Analysis Group and Brattle Group and is the Chief Scientific Advisor to Mobile Market Monitor.  He was recently a member of the Future Interstate Highway System Committee of the National Academies of Sciences, Engineering, and Medicine.