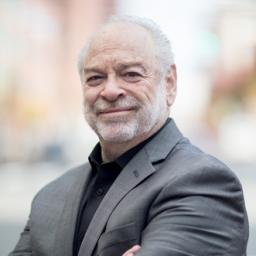 Professor Dennis Frenchman is the Class of 1922 Professor of Urban Design and Planning at MIT, where he is the former Director of City Design and Development and chair of the Masters in City Planning program. He is also the former director of MIT’s Center for Real Estate. Dennis Frenchman has taught and practiced extensively in Asia, Europe, and South America and served as External Advisor on urban livability to the President of the World Bank. A registered architect, he is also founding principal of ICON architecture in Boston an international architecture and urban design firm.

Dennis Frenchman’s practice and research focus on the transformation of cities. He has designed large-scale technology-driven developments including the Innovation District, Medellin, Columbia; Seoul Digital Media City in Korea; the Digital Mile in Zaragoza, Spain;  and Media City: The UK and is currently planning the Digital Creative City in Mexico. He has a particular interest in the redevelopment of industrial sites and has prepared development plans for the renewal of textile mill towns, canals, rail corridors, steels mills, coal and oil fields, shipyards and ports, including many of national historical significance. Currently, he is leading an MIT research effort to develop new models for clean energy urbanization in China, sponsored by the Energy Foundation. He earned his Master of Architecture in Advanced Studies and Masters of City Planning degrees from MIT.

He is the author of articles and books on advanced urban design, including Technological Imagination and the Historic City (2008, Ligouri, with William J. Mitchell, et al.). His work has been widely recognized including awards from Progressive Architecture, the American Institute of Architects, and three citations from the American Planning Association for the most outstanding projects in the United States.