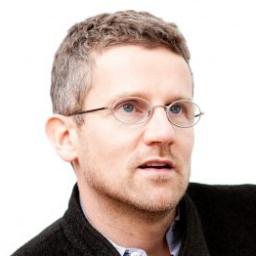 Carlo Ratti is a Professor of Urban Technologies and Planning Director of the MIT SENSEable City Lab. An architect and engineer by training, Professor Carlo Ratti teaches at Massachusetts Institute of Technology, where he directs the SENSEable City Lab and is a founding partner of the international design office Carlo Ratti Associati. He graduated from the Politecnico di Torino and the École Nationale des Ponts et Chaussées in Paris, and later earned his MPhil and PhD at the University of Cambridge, UK.

Ratti has co-authored over 500 publications and holds several patents. His work has been exhibited worldwide at venues such as the Venice Biennale, the Design Museum in Barcelona, the Science Museum in London, and The Museum of Modern Art in New York. Two of his projects – the Digital Water Pavilion and the Copenhagen Wheel – have been included by TIME Magazine in the list of the ‘Best Inventions of the Year’.

In the last decade, Carlo has given talks around the world on the theme of Smart Cities, while his work has been exhibited in international venues including the Venice Biennale, New York’s MoMA, London’s Science Museum and Barcelona’s Design Museum. Two of his projects – the Digital Water Pavilion and the Copenhagen Wheel – were hailed by Time Magazine as “Best Inventions of the Year.” He has been featured in Esquire Magazine’s "Best and Brightest" list and in Wired Magazine’s "Smart List." Blueprint Magazine included him among the "25 People who will Change the World of Design," and Fast Company named him as one of the "50 Most Influential Designers in America."

Ratti was a presenter at TED, curator of the Future Food District pavilion for the 2015 World Expo in Milan, and is currently serving as both a member of the World Economic Forum Global Future Council on Cities and special adviser on Urban Innovation to the European Commission.

As well as being a regular contributor to Project Syndicate, he has written for international media including The New York Times, Washington Post, Financial Times, Scientific American, BBC, and others.