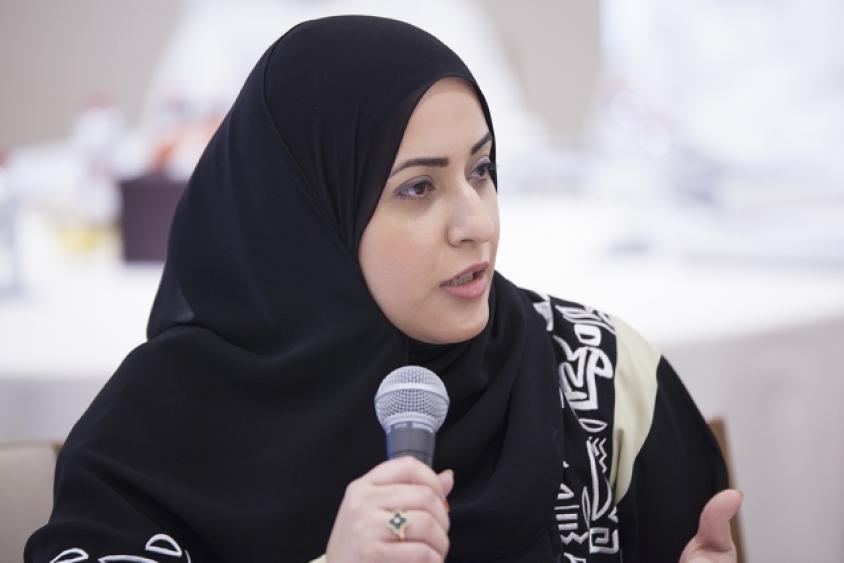 An MIT Professional Education program brings the Institute to Dubai.

The political leaders of Dubai in the United Arab Emirates have an indefatigable belief in the promise of innovation. So when this future-focused city decided they needed help building their own culture of innovation, they came straight to MIT.

“We are shifting the mindset of our government employees toward how to think outside of the box,” says Najwan Al Midfa from the Ministry of Cabinet Affairs and Future, which enacts the strategy and vision of the UAE. “Honestly, we see that as the MIT way of thinking.”

Al Midfa, a special projects manager for the Mohammed Bin Rashid Center for Government Innovation, credits a recent series of two-day innovation workshops led by MIT faculty with influencing high-profile attendees, including cabinet ministers, chief innovation officers, undersecretaries, and others. “Officials are saying they want to spread MIT’s culture within their entities,” says Al Midfa. Such an effort advances the UAE’s broader push for creative solutions to urgent challenges involving energy and environment.

The workshops cultivated a spirit of innovation on many levels, says Bhaskar Pant, executive director of MIT Professional Education. The UAE Prime Minister’s Office, which extended the invitation, also suggested participants work together across traditional hierarchy and gender barriers, he says. “The UAE government knows crossing such boundaries will allow for more innovative results,” says Pant. “They wanted to use the MIT reputation — its clout — to make that kind of collaboration easier.”

MIT faculty traveled to Dubai to teach forms of innovative thinking, not necessarily address cultural issues, Pant adds. The workshops involved a cross-section of people, male and female, exchanging ideas and working jointly on projects. “The UAE is being very progressive,” says Pant, who teaches intercultural communications to MIT engineering students and other community members. “You’ve got tremendous hierarchy across the Middle East, especially in the government. The UAE is saying, “Well, we’re going to be different.”
Connecting minds

Spreading a culture of innovation is paramount in Dubai; the UAE intends to become one of the most innovative governments in the world. Initiatives include the Dubai 2021 Plan, an ambitious project aimed to raise Dubai’s profile as a top international city for business, culture, tourism, and government, as well as to reinforce its position as a pivotal hub in the global economy and a hotbed for innovation.

Dubai also won its bid to host the World Expo in 2020 with a theme of "Connecting Minds, Creating the Future" to recognize the collaboration needed across cultures, nations, and regions in order to generate sustainable solutions to global challenges. It has attracted top international startups to tackle critical problems, and leads a nationwide event — UAE Innovation Week — that celebrates innovation as an everyday activity to be embraced by men and women in every segment of society.

“I doubt there are many countries where leaders are as well-informed or change-oriented,” says Sanjay Sarma, vice president for open learning at MIT. In 2016, he and Pant signed the agreement with the UAE that launched the MIT innovation series in Dubai.

Sarma, who also leads the Office of Digital Learning at MIT and is a professor of mechanical engineering, led the first workshop Radical Innovation. He says government leaders impressed him as progressive, knowledgeable, and engaged. Men and women discussed concepts creatively, applied them to real examples, and absorbed how to use modern organizational and experimental principles.

Next in the series, Federico Casalegno, associate professor of the practice and founder and director of the MIT Mobile Experience Lab, focused on design thinking. Government officials worked together on teams and created disruptive ideas with new media and cutting-edge technologies, he says. One team designed a distributed-connected system that leveraged the internet of things and artificial intelligence to enable working mothers to balance dual responsibilities of children and career. Another created a digital system with distributed sensors to optimize renewable energy production and consumption, he says.

“We had a creative-thinking environment. Everyone was active. Women, in particular, were able to bring their own know-how and international experience into the design thinking process,” says Casalegno. “I think the mix of people within the teams was one of the successful parts of it.”

MIT faculty member David Niño led a final workshop on the challenges involved in leading strategic innovations. Like his colleagues, Niño was focused on his subject area — and not on cross-gender collaboration. It happened anyway.

“One of the senior female leaders approached me the first day and said: “Are you going to mix us together for group exercises? The men and the women?” says Niño, senior lecturer in the Gordon-MIT Engineering Leadership Program.

In the seminars, he noticed, women sat on one side of the conference room, and men on the other. The dress was traditional with women wearing long black robes with a hijab and men in long white robes with headscarves. “I was planning to mix everyone together as I usually do,” Niño told the woman. “Is that violating a cultural norm?” he asked. No, she said, it would be welcome.

“The discussion was very rich and engaging to begin with, and even more so when they moved into mixed groups to work on projects,” Niño says. In one instance, participants role-played a scenario in which a public official with new data on city pollution levels must determine potential causes and develop creative solutions to this problem. One group came up with a set of solutions, and the other group critiqued them. “The energy in the room was amazing. They really came alive,” he says.

While MIT offers expertise in innovation, the extended relationship will enable learning to go both ways, says Niño. In fact, he learned during his workshop that a climate summit with top UAE leaders was happening in the same building — and they were approaching an air pollution issue with the same collaborative and innovative approach he was currently teaching.

“As global citizens, we all have a shared stake in developing creative solutions to problems such as climate change, and I would love to see us mutually share our experiences and learn from one another.”