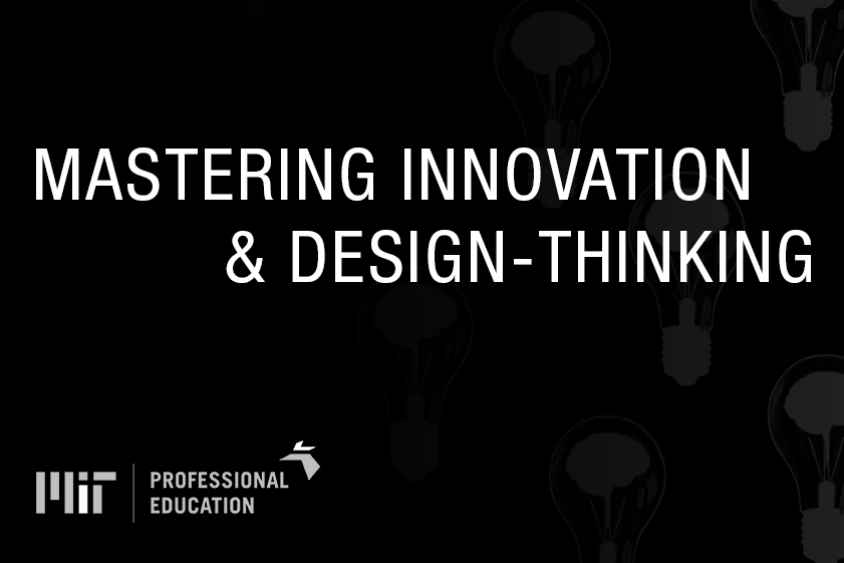 “Design thinking” has led to continuous, successful innovation at companies including Apple, Virgin, and Toyota. Blade Kotelly, senior lecturer at the Bernard M. Gordon-MIT Engineering Leadership Program, described design thinking as a structured, holistic methodology that takes into account human factors and involves thinking about humans work with the rest of the world. In the two-day course Mastering Innovation & Design-Thinking, he and co-instructor Joel Schindall, codirector, Bernard M. Gordon-MIT Engineering Leadership Program, will describe how students can apply a design-centered approach to conceive of innovative intellectually and emotionally pleasing solutions, to understand who the stakeholders are in a project, to get senior management and colleagues’ by-in, and to avoid hazards.

In a recent phone interview, Kotelly described the process of unpacking why successful companies are successful. Kotelly, who has worked on projects ranging from Sonos wireless speakers to Jibo the social robot, said that for decades design and engineering have been separated. It wasn’t always that way. The original Honeywell thermostat was conceived as a complete, usable product with mercury switch and dial. But subsequently, companies began hiring engineers for one task—one that did involve thinking about people. That began to change in 1959, he said, when Mercedes-Benz began conducting crash tests. Emphasizing design thinking’s importance today, he described a part for the International Space Station. It’s not enough to think strictly of functionality; an engineer must keep in mind the astronaut who many have to replace the part under the low-gravity and darkness conditions of a spacewalk.

When asked about engineers’ abilities to grasp design-centered thinking, he said that civil engineers tend to be good at it—their projects, for example, may ultimately be supporting a city of people. Computer scientists are likely to be on one of two paths—focused on algorithms and machine learning, or thinking about how to build a powerful product for people to use.

Semiconductor engineers can have a very hard time approaching design thinking, Kotelly said. An engineer may be developing a low-power microphone controller, for example, and focus only on that. With an approach to design thinking, the engineer would focus on the context of the application—perhaps monitoring a single microphone to detect speech and then activating an array of microphones when speech is detected, all in the interest of managing power consumption.

Kotelly posits a 10-step approach to design thinking, beginning with identifying needs and gathering information. When asked whether the first steps are similar to traditional market research, he said they are far different. The key is to challenge the underlying assumptions—something not taught in school.

He proposed by way of example an app that launches and becomes a problem. It’s important to avoid an approach of simply checking off boxed and executing blindly. First ask, why is there a problem? Because of negative reviews? Is the context different from what you anticipated? Are a different class of users trying to use the app?

Another key step in the process is stakeholder analysis. Stakeholders include competitors and enemies as well as your employees, suppliers, and customers. He noted that as GE moves its headquarters to Boston, stakeholders include not just employees and prospective employees but local restaurants and banks whose services the employees will use. A thorough analysis of the stakeholders will reveal a complex network that changes how you design and create more value.

When asked whether top-level management needs to drive the design-thinking approach, Kotelly said that can happen—usually when a new CEO comes in and brings in new people to drive the approach. However, it’s generally more effective when lower- to mid-level influences the process, getting buy-in from colleagues and selling the process up the chain of command. He said he has seen former students having been able to change the culture at organizations like Apple, Adobe, and the Air Force.

When asked if computer-aided design can stifle the creativity necessary for design thinking, he said some end tools can have that effect. He cited by way of example a PowerPoint template. If you start by typing a title and then your bullet points, you’ll end up with the worst presentation you’ve ever made. Similarly, if you painstakingly create a mockup for a new web page, your reviewers will focus on the location of the logo the font of your text rather than on what you are trying to help the end user accomplish.

He recommends starting with paper and pencil. You don’t need a screen and a mouse to express your ideas. Paper and pencil let you quickly sketch out ideas without becoming heavily invested in them, so you can readily incorporate suggestions of others. If you are developing a web, mobile app, or social-robot UX you can begin by sketching with words, using a tool Kotelly created called K-scripts, as he describes at Medium.

“Start analog,” he advised, and be open to change, to working with different canvasses. He noted that the singer Kesha began her professional open to two styles—the clean, pretty, classical style for which she trained, or the style favored by her business managers and for which she has become known.

Kotelly elaborated on the ten steps of design thinking at Mind the Product London 2017 earlier this fall; you can see a video of the presentation here.

The two-day course “Mastering Innovation & Design-Thinking” will be held January 23-24, 2018, at the MIT campus in Cambridge, MA. It will be repeated July 9-11, 2018. The program can also be offered to employees on site. Visit MIT Professional Education for more information.